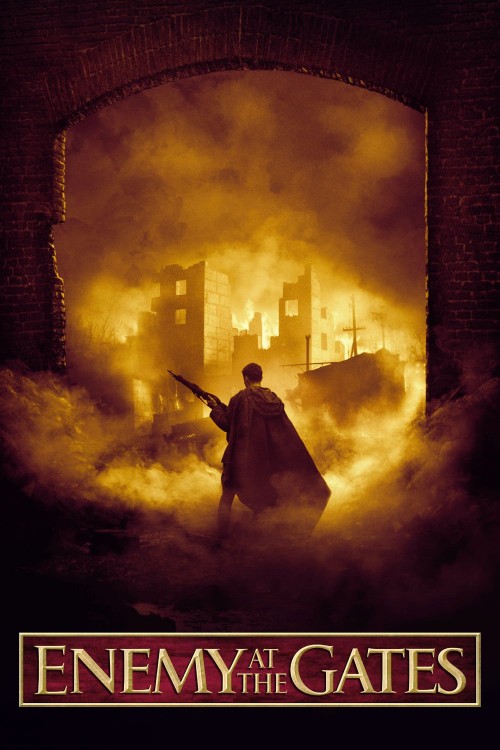 Get more information about Enemy at the Gates (2001) on IMDb

In World War II, the fall of Stalingrad will mean the collapse of the whole country. The Germans and Russians are fighting over every block, leaving only ruins behind. The Russian sniper Vassili Zaitsev stalks the Germans, taking them out one by one, thus hurting the morale of the German troops. The political officer Danilov leads him on, publishing his efforts to give his countrymen some hope. But Vassili eventually starts to feel that he can not live up to the expectations on him. He and Danilov fall in love with the same girl, Tanya, a female soldier. From Germany comes the master sniper König to put an end to the extraordinary skilled Russian sniper.