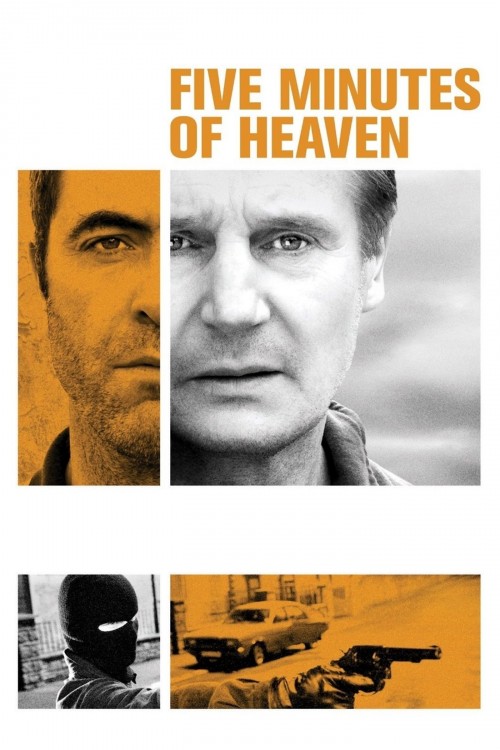 Get more information about Five Minutes of Heaven (2009) on IMDb

In February, 1975, in Northern Ireland, seventeen year-old UVF member Alistair Little kills the catholic Jimmy Griffin in his house in Lurgan in front of his younger brother Joe Griffin. Alistair is arrested and imprisoned for twelve years while Joe is blamed by his mother for not saving his brother. Thirty-three years later, a TV promotes the meeting of Alistair and Joe in a house in River Finn, expecting the truth and the reconciliation of the murderer and the victim who actually seeks five minutes of heaven.