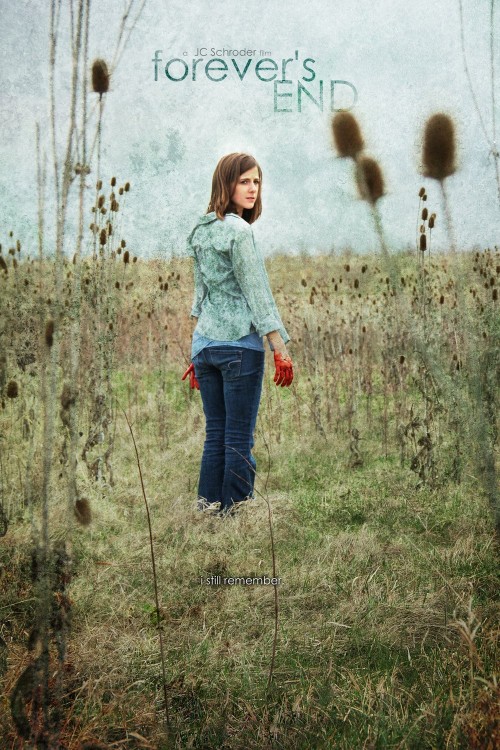 Get more information about Forever's End (2013) on IMDb

Six years after an apocalyptic event killed her family and seemingly everyone else on earth, a lone girl on the verge of insanity is forced to question everything she has ever known when a strange man suddenly appears at her door. The last girl on earth... is not alone.From award-winning writer/director JC Schroder comes Forever's End, starring Lili Reinhart (Law & Order - SVU, Surviving Jack, Kings of Summer), Warren Bryson (Finale), and introducing Charity Farrell, in an award-winning role. Forever's End features an original score by multiple award-winning composer-orchestrators Douglas Romayne & Douglas Edward, who's credits include Captain America, The Avengers, and Buffy the Vampire Slayer among many others.