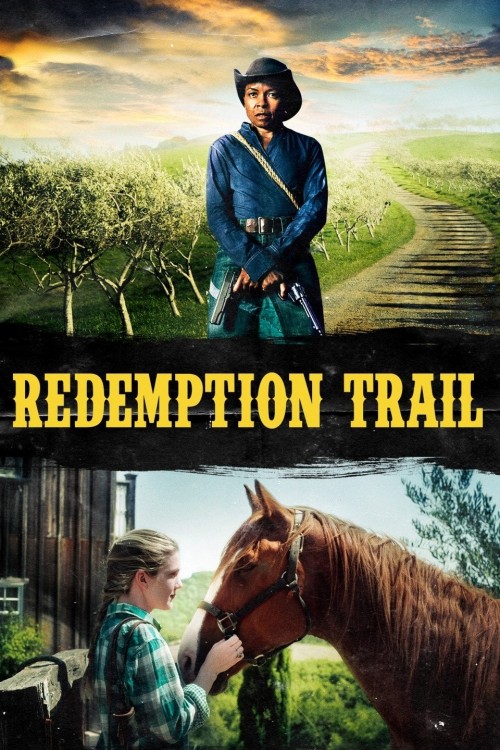 Get more information about Redemption Trail (2013) on IMDb

Two powerful, yet deeply troubled women - refugees from political and personal trauma - flee a past that haunts them. The daughter of a murdered Black Panther revolutionary, Tess, lives off the grid on a Sonoma vineyard, fiercely detached from all connections. Her hermetic life cracks when she gives reluctant shelter to a desperate young woman, Anna who has attempted suicide in a nearby forest. An unlikely alliance forms between the two, where other close relationships have failed - David, Anna's husband and John, Tess' employer, cannot break through their walls. But the very difference between the two women opens them up to a new vision of themselves, as not only survivors, but as heroes capable even of a thrilling shoot-out in the name of outlaw justice. Reclaiming freedom, and life, they plunge forward, towards an unknown, transformative horizon.

Joey McCaw
This may or may not be a great movie but most of us watching the trailer will never find out because we are sound asleep. This trailer, in no way promotes a good time it instead promotes no doze and Monster Energy drinks. After putting so much time, energy and money, not to mention all of the blood, sweat & tears into making a movie, the last thing anyone should do is approve a trailer that comes across like an extremely boring Hallmark Movie of the Week. Please, do yourself a favor and find some fun moments, some dramatic instances and perhaps some moments of fear or intrigue and then some music that has a little more flavor and make a new trailer. I sure do hate to see things like this because I know how much goes into the making of a film and to have a great trailer is VERY, VERY IMPORTANT to the success of the film and whether or not you can get it in front of an audience. - @Friday, April 6, 2018 7:54 PM