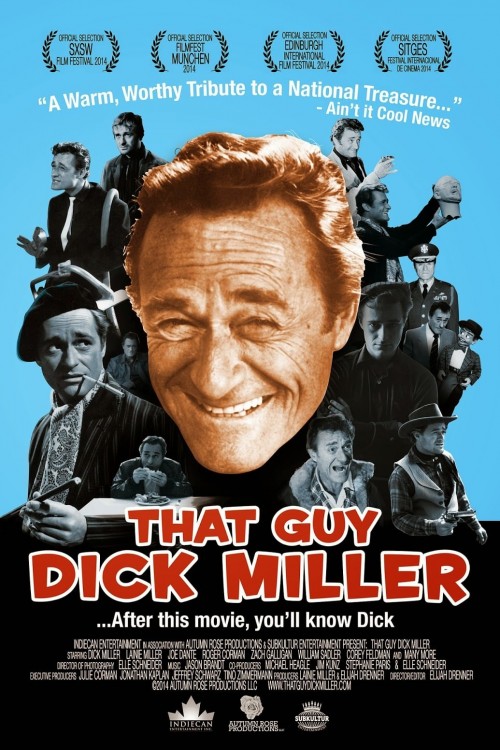 Get more information about That Guy Dick Miller (2014) on IMDb

Dick Miller is the last of the great American character actors. Whether sharing the screen with Nicholson, DeNiro, Schwarzenegger or The Ramones, Dick has been stealing scenes since his screen debut in 1955. He has worked with some of the great directors: Scorsese, Corman, Fuller, Dante, Cameron, Demme and more. Every moviegoer knows his face, but few know his name and even fewer know his story - an aspiring writer turned accidental actor. For the first time, Dick Miller has allowed filmmakers incredible access to his life and home for this funny and unexpected story. Joining him are the directors, producers, co-stars and friends who have helped make him Hollywood's leading "that guy".