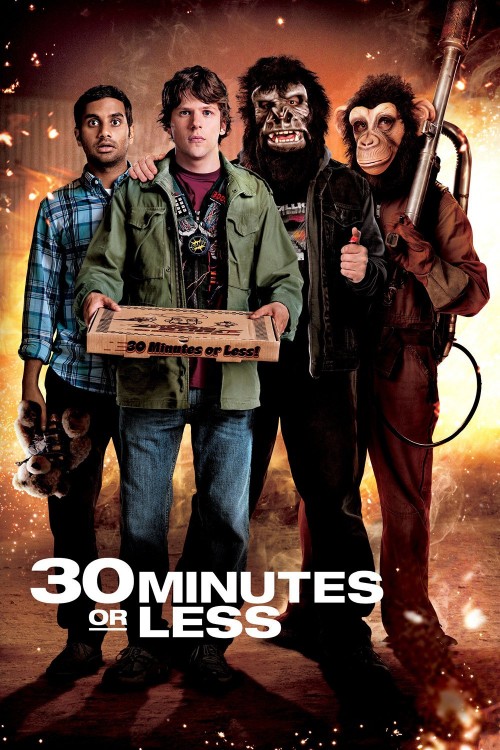 Get more information about 30 Minutes or Less (2011) on IMDb

The not so smart Dwayne intends to open a massage parlor with his partner Travis, but he does not have money for the investment. He decides to hire a hit-man to kill his father, The Major, who won a large amount of money in the lottery years ago, but the killer demands US$ 100,000 for the job. Dwayne and Travis kidnap the pizza delivery boy Nick and they dress Nick in a vest with a timer and several bombs. Then Dwayne tells Nick that he has ten hours to rob US$ 100,000 from a bank. Once he does, he would give Nick the code to release the vest. Nick summons his best friend Chet to help him in the heist but the scheme does not work the way Dwayne has plotted.