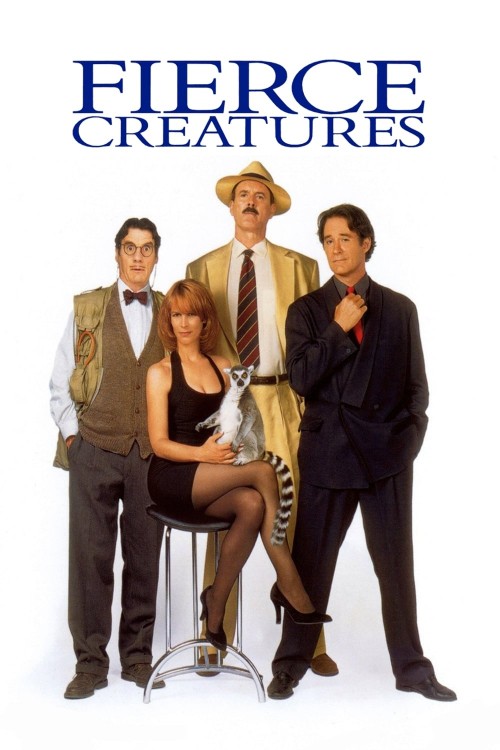 Get more information about Fierce Creatures (1997) on IMDb

A massive corporate conglomerate, Octopus Inc., run by a shrewd and cruel tycoon named Rod McCain, purchases a UK-based leisure company, and also the failing London Marwood Zoo. To bring more business to the zoo, Octopus hires a new manager, Rollo Lee, who promptly comes up with a way to increase profits-do away with all the animals except for the ferocious ones. This new Fierce Creatures Policy shocks the Marwood zookeepers, led by the unendingly talkative Adrian "Bugsy" Malone. Eventually, Rod McCain's son Vince, along with the up-and-coming business executive Willa Weston, take control of the zoo and revoke the Fierce Creatures Policy. Vince instead comes up with many under-handed and vicious schemes to attract customers-unauthorized celebrity endorsements, shoddy, overpriced zoo merchandise, and using robotic animals instead of real ones. However, Vince is also stealing from the zoo's funds, and when his father finds out, he rears to turn the zoo into a Japanese-owned golf course....