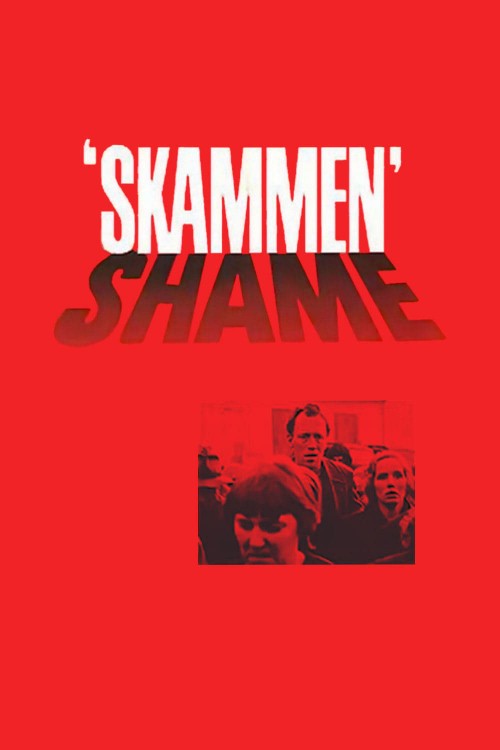 Get more information about Shame (1968) on IMDb

During civil war, two musicians retreat to a rural island to farm. They are apolitical; a neighbor sometimes gives them a fish; wine is a luxury. They love each other, but there are problems: the war upsets Jan, he is weepy, too sensitive; Eva wants children, he does not. The war suddenly arrives: rebels attack, neighbors die. When the other side restores order, Jan and Eva are arrested as collaborators. After frightening and roughing them up, the local colonel releases them; then he begins appearing at their farmhouse: to talk or to pursue Eva? He gives her money. The rebels return; chaos ensues. Jan becomes violent and murderous; they flee. Can they escape? If so, to what?