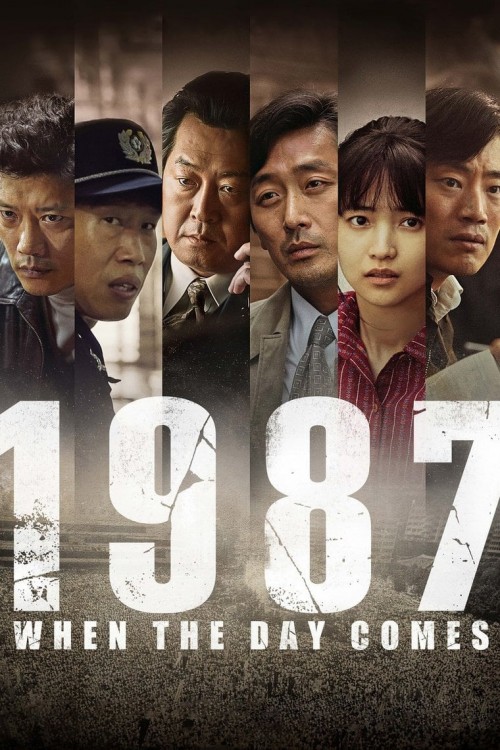 In 1987 Korea, under an oppressive military regime, a college student gets killed during a police interrogation involving torture. Government officials are quick to cover up the death and order the body to be cremated. A prosecutor who is supposed to sign the cremation release, raises questions about a 21-year-old kid dying of a heart attack, and begins looking into the case for the truth. Despite a systematic attempt to silence everyone involved in the case, the truth gets out, causing an eruption of public outrage.

Raazesh Lama
Why don't you dubb the movies in english - @Monday, November 26, 2018 12:24 PM
Asif Khan
Aaye.milan.ki.raat - @Thursday, June 28, 2018 4:31 AM
Medi
Amazing movie - @Wednesday, June 6, 2018 1:44 AM
Apocalypto
No subtitles in my language, many months after its released? I'll watch in english then. Usualy the good korean movies are kind of "popular". Even on the asian movies website there is NOTHING! I'm wondering why. But american imperialism has big hands... Even though south korea are their dogs, it looks like CJ Entertainment don't s##k hollywood enough. I mean, not a single french website (cinema newspapper etc) ever talk about this great movie. The only westerned korean director is Joon-ho Bong since snowpiercer. Now every "movie critic" little dogs are like "oh look memories of murder resurect the polar" and write pappers about my movie but they dont give a fk about it before. Or it seems like they need a fking authorisation for that. 1987 don't even has a profil page on the french IMDB. True, better promote garbage hollywood blockbuster 2/10 again and agan. As much as possible to put that shit in our braindead children so they can keep building this perfect fake society of freedom as their son of dogs dad did before. You hypocrite americans bastard. - @Tuesday, May 15, 2018 12:59 AM
Apocalypto
The DVD isnt released yet WTF ? no way to found that movie - @Tuesday, May 15, 2018 12:31 AM
Каид Нурмагомедов
Он на русском есть? - @Wednesday, March 7, 2018 9:01 AM
hades 8
Minta link subtitle filmnya donk. Ngga nemu" di subscene - @Wednesday, February 21, 2018 5:20 AM
Josef Lee
Can I ask the name of the soundtrack? That sounds really impressive! - @Saturday, February 17, 2018 12:40 PM
Putri Maslahat
at the last scene, I immediately remembered indonesia movie "2014 : who is above the president" - @Friday, January 19, 2018 3:46 PM
Ju Qoo
Kimtaeri ❤ Yeonhee 🔥🔥🔥 - @Friday, December 15, 2017 9:25 AM