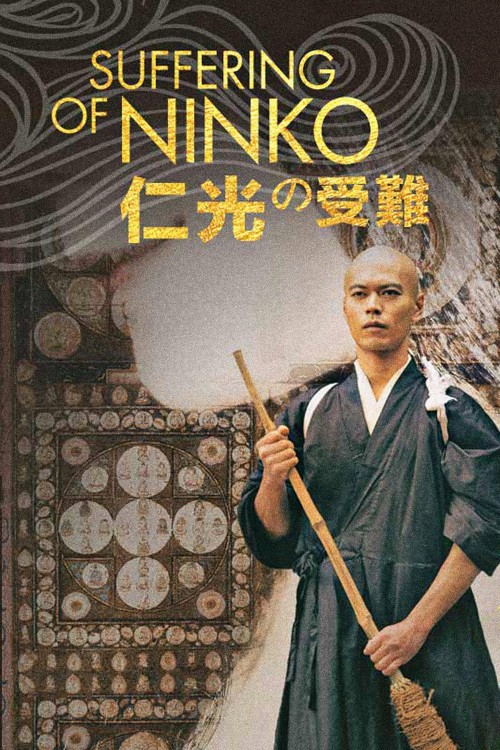 Get more information about Suffering of Ninko (2016) on IMDb

Ninko is a devout and unusually handsome young Buddhist monk in Edo-period Japan-with a serious predicament: wherever he goes women and some men find him sexually irresistible and follow him around like rats to the Pied Piper. He seeks righteousness but since sex is considered a sinful indulgence, Ninko finds himself overwhelmed with guilt. No matter what odds, he tries to resist but is then literally assaulted in the woods by a voluptuous specter wearing a Noh mask, a manifestation of his fears and desires. Finally unable to parse the difference between reality and hallucination, Ninko must make a steadfast commitment in one direction or the other.