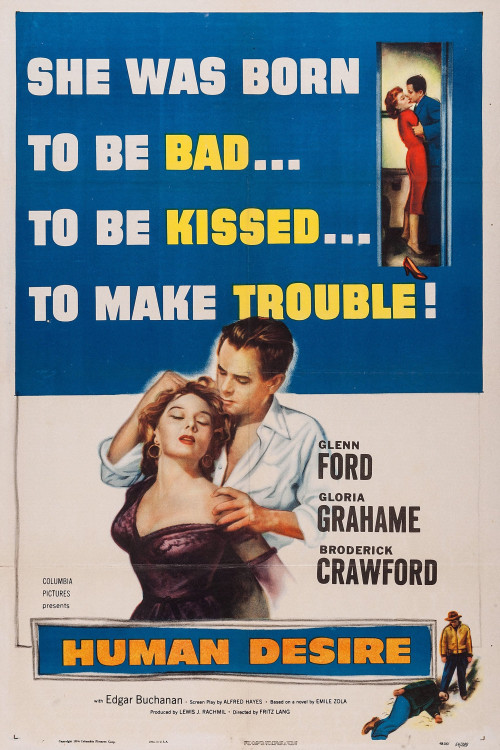 Get more information about Human Desire (1954) on IMDb

Jeff Warren, a Korean War vet just returning to his railroad engineer's job, boards at the home of co-worker Alec Simmons and is charmed by Alec's beautiful daughter. Vicki Buckley is the sultry wife of brutish railroad supervisor Carl Buckley, an alcoholic wife beater with a hair trigger temper and penchant for explosive violence. After Buckley is fired for insubordination, he begs Vicki to intercede on his behalf with John Owens, a rich and powerful businessman who Vicki's mother used to keep house for, and whose influence can get him reinstated. When Buckley suspects she has used sexual favors to persuade Owens, he beats Vicki and develops a plan to meet Owen on the train and stabs him to death in a jealous rage in a his compartment. Jeff, who is deadheading after a trip, is on the train and meets Vicki without knowing who she is when Buckley needs her to get him out of the way so he can get back to their compartment without being seen as he is covered in blood. Jeff is a potential...