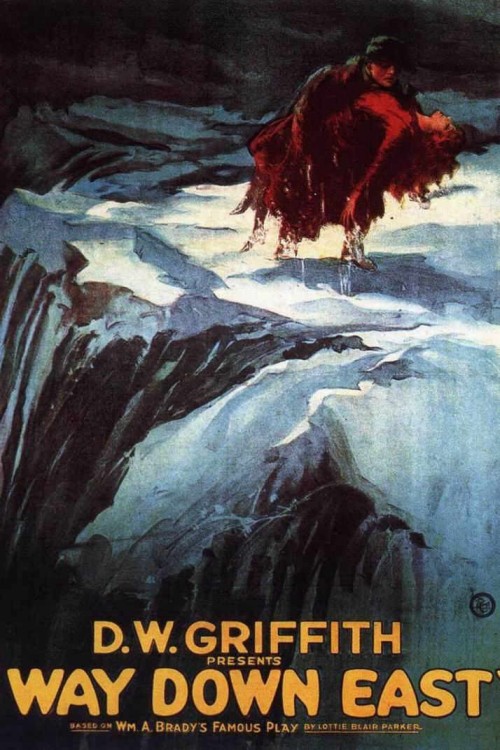 Get more information about Way Down East (1920) on IMDb

The callous rich, portrayed by Lennox, think only of their own pleasure. Anna is but a poor country girl whom Lennox tricks into a fake wedding. She believes that it is true, but secret, while he has his way with her. When she is pregnant, he leaves her and she must have the baby, named Trust Lennox, on her own. When the baby dies she wanders until she gets a job with Squire Bartlett. David falls for her, but she rejects him due to her past and then Lennox shows up lusting for Kate. Seeing Anna, he tries to get her to leave, but she doesn't, and she tells no one about his past. When Squire Bartlett learns of her past from Martha, the town gossip, he tosses Anna out in a snow storm. But before she goes, she fingers the respected Lennox, as the father of her dead baby and the spoiler of herself.